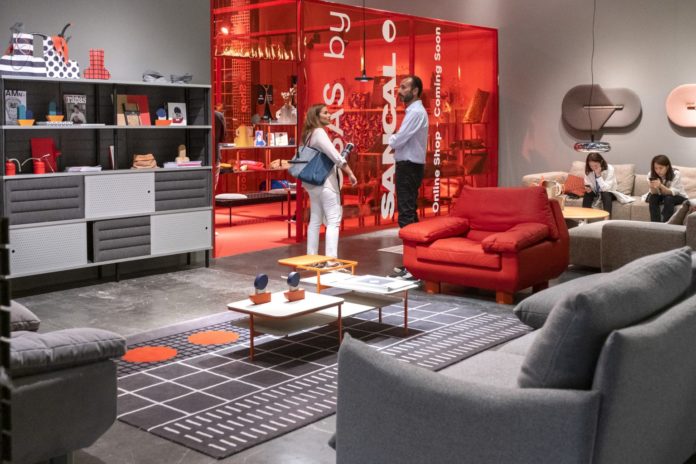 Hábitat has confirmed its most optimistic hopes for the 2022 fair have become a reality. With six months still to go until the doors open and three years since it last took place, Spain’s main fair for the industry is poised to make a spectacular comeback from 20th to 23rd September. As a result of its sales drive, Hábitat has bookings for almost all the space in the six halls Feria Valencia has set aside for it, meaning it will occupy more than 60,000 square metres.

“We are delighted to see how the companies are responding to Hábitat’s invitation to take part this year”, says the fair’s director, Daniel Marco. “With the last edition having taken place in 2019 and following two years of pandemic, we have set ourselves the ambitious aim of repeating the success of the 2019 show, no less, in terms of exhibitor numbers. As of today, half a year from opening day, we can confirm that our hopes are coming true. I am sure that we will deliver the great fair that this industry deserves,” he adds.

On this point, Marco has indicated that September’s Hábitat will host a “hugely international” offering from the leading companies in the design and cutting-edge sector, along with a “mighty, high-end” showcase featuring the foremost names in contemporary design, including upholstery, bedroom furniture, children’s and modern furniture. “This style will be on display across more than 30,000 m2 of the fair”, he says.

Hábitat’s director has also indicated that one of the great novelties this time round is that “top level décor suppliers” will be joining the showcase. These companies are a key sector for interior designers as they provide the accessories that are such a necessary part of today’s homes. “This sector has always been an important part of Hábitat but it will play a major role in its own right this year”, Marco points out.

The power of attraction: textiles and kitchen furniture and equipment
It is worth remembering that, along with all the sectors that make up Hábitat, visiting professionals will also have access to the full offering on show from two other areas: the home textiles, upholstery and contract segment of the industry on the one hand and kitchen furniture and equipment on the other. The two have their own dedicated fairs: Home Textiles Premium by Textilhogar and Espacio Cocina SICI, respectively. The two will be taking place alongside Feria Hábitat Valencia, with direct connections through from the halls hosting the interiors show.

This will be the first time that the three fairs coincide at the same time, with the added attraction that they are being held during the same week the main events celebrating Valencia’s status as World Design Capital 2022 take place, which will see leading design and architecture professionals and artists from the international arena gather at Feria Valencia Feria Hábitat Valencia is the leading fair for ‘made in Spain’ interiors and is now Spain’s most representative, international and influential event for the industry, a wide-ranging showcase of furniture, lighting, decorative items, upholstery and bedroom furniture. A total of 32,796 trade visitors flocked to the last edition of the fair, 15% of whom came from 70 different countries.

FIMMA + Maderalia, the International Biennale of Materials, Technology and Components for Furniture, Interior Design and Contract Projects, closes its doors this afternoon with...
Showtime

Expectations are high for Hábitat 2022 as it starts marketing its next edition. Even with ten months still to go before it takes place,...
Showtime