First time after a break 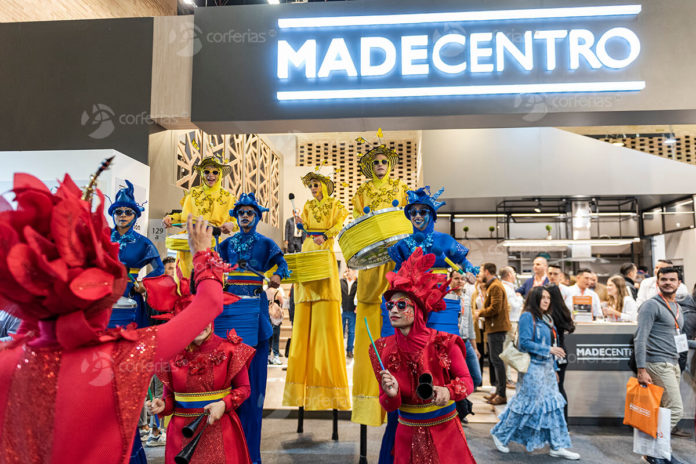 From 10 to 13 May 2022, the international woodworking and furniture industry will meet at interzum bogotá in Bogotá, Colombia. The trade fair, which was last held in 2018 under the name Feria Mueble Madera, is the most important event for the woodworking, furniture manufacturing and interior design sectors in Colombia, the Andean region and the Caribbean. In order to further strengthen its international appeal, the event was rebranded as interzum bogotá after the cooperation with the leading international trade fair for the supplier industry, interzum in Cologne. Under this name, the industry is now experiencing the first post-pandemic get-together in the Colombian capital: Four days with the leading brands, with numerous innovations and plenty of space for networking.

In 2020, the Feria Mueble Madera was to open for the first time as interzum bogotá – but the Corona pandemic put a spanner in the works. Now, two years later, the time has finally come: interzum bogotá will open its doors as the central meeting place for the woodworking industry, furniture manufacturers, interior designers and other industry players. The interest in personal encounters after a two-year pandemic break is clearly noticeable: around 115 exhibitors from 14 countries will present their innovations to an expected 15,000 trade visitors from Colombia, the entire Andean region and the Caribbean. “At interzum bogotá, all areas that are important for interior design come together,” says the Managing Director of Koelnmesse SAS in Colombia, Christian Guarin. “This makes us an event that no one from the industry should miss.” This importance is also reflected in the number of exhibitors: in addition to key national and regional players such as Aristizabal y Jinete, Lamitech, Madecentro or Makser, there are also well-known global players such as Arauco, Arkopa, Elektroteks, Fecken-Kirfel, Häfele, Jowat, Karebant, Kronospan, Lignadecor, Makita, Mammut, Rehau, Stihl or Wilsonart. In addition, country pavilions from Brazil, Chile and Turkey, among others, testify to the economic importance of interzum bogotá and thus of the entire regional market.

The focal themes of design, sustainability, circular economy and innovation are not only to be found on the stands of the individual exhibitors. The forum “Madera, pilar des creciemento verdo” deals with environmental topics and is supported by renowned institutions such as the Ministry of the Environment and the Ministry of Agriculture, the WWF and the FAO. While the PIAZZA, a central meeting point of the fair, is all about contemporary design, the neighbouring Smart Talks offer individual discussion rounds and lectures on the main topics.”The Feria Mueble Madera has established itself as the only and enormously important fair for Colombia, the Andean region and Central America,” says Christian Guarin. “We want to expand this position – and make the event even more international and attractive. The partnership with Koelnmesse and interzum in particular is perfect for this.” With trade fairs such as imm cologne, LivingKitchen and interzum, Koelnmesse has developed into a global hub for the entire interior sector. While furniture manufacturers present their new products at the imm cologne and LivingKitchen, interzum has a special position: here, it’s all about the innovations and products of the suppliers, without which no modern furniture could be built. The interzum in Cologne is the absolute leading international trade fair in this sector. With satellite events, the international networking of the sector is now to be focused even more strongly. The locations for the satellite fairs are carefully selected. In the case of the fair in Bogotá, the choice was not difficult: Colombia is the second-largest furniture producer in South America and one of the fastest growing markets in Latin and Central America.

With interzum bogotá, interzum is now entering the post-Covid era with its first presence trade fair. After being postponed, interzum in China is scheduled to take place later in 2022, and next year interzum in Cologne will once again welcome guests. “We are delighted to be able to give the starting signal for networking the international industry here in Bogotá – and thus to open up new sales channels and thus growth opportunities for exhibitors and visitors,” says Christian Guarin. That the plan to strengthen the international character of the fair is working is evident from the figures: 52 percent of the exhibitors are international companies. And a globalised industry is also evident among the visitors: so far, delegations from Turkey, Brazil and Chile have announced their attendance.

Expectations may have been high, but ORGATEC 2022 met them all. Exhibiting companies and the international trade audience were all equally impressed by the...
Showtime

When ORGATEC opens its doors in Cologne from 25 to 29 October 2022, the excitement will be immense. Our worlds of work have changed...
Showtime

The world’s leading international trade fair for the furniture supplier industry and interior design has used the challenges of the last years to create...